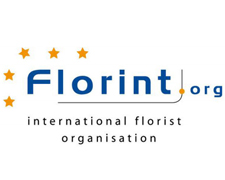 All designs in the  FTD World Cup competition will be evaluated using the Florint 100-Points International Judging System, which considers various key design parameters. It is the official system for judging floristry competitions. The Jury will evaluate each competitor’s piece individually for the first three criteria (idea, color and composition). The fourth criteria  (technique) will be estimated by all Jury members together. The four criteria  must be met to achieve the maximum 100 points.

For the judging portion of this competition, FTD is partnering with Florint, which established this standardized scoring system. Florint is a non-profit international florist organization that is composed of national florist associations from over 20 European countries. Florint is an advocate for the floral industry, promotes floristry education, organizes design competitions and works to continually professionalize floristry judging.

All of the Jury members are certified national judges, either through Florint or their own national floral organization.

Thomas Ratschker started his floristry career as a co-owner of two flower shops. After completing his training as a German Florist Meister, Thomas Ratschker taught design, practice, botany and economics at various German vocational schools. He is also an international instructor in floristry. For more than 20 years, Thomas has appeared as a jury member and chairman in various national and international competitions. In 2015, he served on the Technical Committee at the Fleurop-Interflora World Cup in Berlin. He is a member of the Assessment Committee on Judge Certification, a worldwide auditor of Judge Certification Assessments and Jury President for Florint. In 2015 and 2017, Thomas participated in the World Skills in Sao Paulo and Abu Dhabi as an expert in Floristry for Germany. He is also part of the board of education in Floristry for his homeland.

A talented designer, demonstrator, international floristry judge and a consultant for the floral industry, Karen Barnes has worked extensively around the world. After 19 years of running her own successful floristry business in the UK, Karen joined the Interflora FTD British Unit as Head of Product Development. In 2017, she launched Karen Barnes Consultancy, Ltd., offering design skills for events across the globe. Karen’s resume includes society weddings and party functions in New York, India and Europe. In the UK, she has been awarded two prestigious RHS Chelsea gold medals and has been highlighted in The Independent on Sunday newspaper as one of the top leading florists in the UK. Karen has extensive experience in judging floristry competitions and was instrumental in the founding of the UK Floristry Judges Guild. Highlights include judging at the 2010 Interflora World Cup in Shanghai and the RHS Chelsea Flower Show in London. Karen was inducted into the American Institute of Floral Designers (AIFD) in 1999. She has been a featured designer for two AIFD Symposiums and a designer at the Philadelphia Flower Show four times. She has also served on the AIFD Board of Directors for the Northeast Chapter.

As one of the most sought after and respected international floral designers, Tomas De Bruyne has published or co-published over 15 books, and been published in more than 60 magazines worldwide. His skills and knowledge are incorporated into presentations that have reached audiences at every corner of every continent. Along with giving seminars and demonstrations, Tomas has been commissioned to work on many prestigious projects worldwide. In 2013, he received the distinct honour of having a new variety of Gloriosa Lily officially named after him.

Deborah De La Flor’s talent, innovative style and passion for flowers have made her a world-renowned floral designer, presenter and competitor. Deborah’s ability to anticipate and influence the latest floral trends has led to her consulting for some of the biggest names in the floral industry and at industry events. In addition, Deborah is the author of the floral design book Florsages:  The Art of Floral Body Design. Her many accolades include Florida State Designer of the Year and winner of the FTD Great Masters Design Competition. She served as a judge for the 2015 Fleurop-Interflora World Cup in Berlin, Germany, was a featured presenter at the 2012 AIFD National Symposium and was inducted into the Professional Floral Communicators International (PFCI) in 2006. Deborah represented the United States at the Interflora World Cup in Melbourne, Australia, in 2004.  She was also the first runner up at the FTD America’s Cup finals in 2000 and was inducted into the American Institute of Floral Designers (AIFD) in 1996. Deborah has owned De La Flor Gardens in Fort Lauderdale, Florida for more than 25 years.

For over 40 years, Allan Jarden has worked in the floral industry. He has a diploma and is a Master New Zealand Professional Florist. Allan holds several positions with Interflora as an accredited judge, approved examiner and has been a board member for  seven years for the Interflora Pacific Unit, where he currently serves as president. His other accolades include serving as an international judge and as a Principal Designer for Central City Flowers, Christchurch, New Zealand.

After an apprenticeship in floral design and working in a flower shop, Björn Kroner-Salié became a Master of Floral Design, won the county championship in Nordrhein-Westfalen and was named Germany’s third best florist in the 2006 German Championships. In other competitions, Björn placed fifth at the 2010 Interflora World Cup, received a gold medal at the 2014 Singapore Flower and Garden Show, a gold medal and Most Innovative Design award at the 2016 World Flower Garden Show in Japan, and served as a judge at the 2015 Fleurop-Interflora World Cup in Germany. In 2017, he launched his first book in Germany about table culture, and in early 2019 he will host his own television series about garden, flowers and decorations for parties. Björn is also the co-editor in the `DINEUS´ table culture award which is presented annually during the `ambiente´ trade fair in Germany. He currently works as a freelancer in floral design.