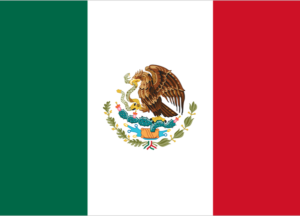 Leopoldo Gómez is the official FTD World Cup 2019 competitor for Mexico. He is a renowned international teacher of Floral Design, based in Mexico City. His style is widely acclaimed and sought after for its striking color palettes, vivid combinations of textures, and masterfully-crafted armatures and structures.

In 2016, Leopoldo placed fifth in Barcelona’s World Flower Cup and was a presenter and International Guest Designer at AIFD’s National Symposium. In 2017-2018, Leopoldo went on a teaching journey to various cities throughout Mexico, Brazil, Italy, China, England and the United States. In 2018, he was named the Grand Prize Winner of the Gateway to the America’s Cup Competition.

After several years of working and teaching for Smithers Oasis Mexico, Gomez co-founded the Centro de Arte Floral. He teaches year-round at his school, which offers a full curriculum for floral professionals and novices. Besides floral design and teaching, his hobbies include football, basketball, traveling, gardening and cooking.

Leopoldo Gómez is representing Mexico on behalf of FTD.